The Decline and Fall of the American Empire 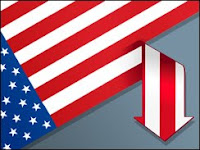 Significantly, in 2008, the U.S. National Intelligence Council admitted for the first time that America's global power was indeed on a declining trajectory. In one of its periodic futuristic reports, Global Trends 2025, the Council cited “the transfer of global wealth and economic power now under way, roughly from West to East" and "without precedent in modern history,” as the primary factor in the decline of the “United States' relative strength -- even in the military realm.” Like many in Washington, however, the Council’s analysts anticipated a very long, very soft landing for American global preeminence, and harbored the hope that somehow the U.S. would long “retain unique military capabilities… to project military power globally” for decades to come.

Do you agree with this article? Are you ready to compete on a global scale? How many languages do you speak, and how far would you travel for work?
Posted by Cyber Me If You Can at 5:42 PM

Email ThisBlogThis!Share to TwitterShare to FacebookShare to Pinterest
Labels: Amer.Govt.