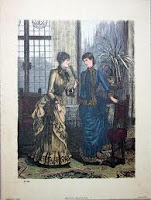 "Possibly the most important, and most broadly felt pattern dominating the life of the Victorian woman was what the reformer Jane Addams once called the "family claim." According to the family claim, women, far more than men, were regarded as possessions of their families. In much of the world at the turn of the century, families regarded their sons as possessions too, but by the end of the 18th century in the U.S. important political and economic forces had begun to weaken the ties of parents and sons, but not – to anything like the same extent – between parents and daughters. " Examine the rest of this website, and answer this question: compare the lives of Victorian women with their own lives and with the lives of women they know well. What has changed? Is the change for the better? What might we all learn from Victorian ideals?